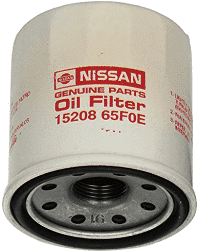 We appreciate you choosing Infiniti Parts Today when shopping for your Engine Oil Filter (1520865f0e). Your Engine Oil Filter is guaranteed to fit your 1999-2020 Infiniti vehicle. We are backed by an authorized dealership specializing in Infiniti parts and accessories so we want to make sure you are receiving the right part when you order from us. You can Contact Us if you have any questions about your order, need help finding a part, and any other question you might have.

If you need more parts, you can Select Your Infiniti Model to shop its specific catalog of OEM parts and accessories.